“Mother” or “Mama” was the first word taught when someone was a baby and toddler. The word that sounds very simple but has a very deep meaning for it signs the affectious link between a mother and her child. Words are the language symbols. Language is the most basic way of thinking of people in their social life. It functions as a means of communication. For thousand years people have been evolving their way of interaction. Before the discovery of spoken language, they communicated with their voices which are similar to grunts and hand gestures as their early forms of communication. Today they are communicating in various languages that show their identity and culture. There are so many languages in this world, one of them is mother language or the local language.

Mother language becomes a means of communication between children and parents. It is to strengthen the relationship between them and to function as a medium of everyday communication. Mother language is known as the colloquial language spoken by the people around their neighbourhood. A person who was raised in West Java, he or she must be speaking Sundanese or basa Sunda besides the national language. But a person who was born in Central Java, Semarang, his first language is Javanese. Different regions have different languages, and that is diversity.

Being proud of having mother language like Javanese is the part of cultural identity and culture appreciation. The Javanese vocabularies are very easy to pronounce. Nowadays the number of good songs of which lyrics in Javanese have been released, such as Didi Kempot’s songs. It proves that the local language has begun to be fond of being spoken by young people. Those traditional songs are easy listening, and the lyrics are often close to people’s daily life. Listening to those Javanese pop songs is a small step to preserve the local culture as well as Javanese language. It is undeniable that the fans of these Javanese pop or local dangdut songs are also from different provinces in the country. This is showing that local culture can be one’s preference of enjoying entertainment.

Young people must be able to speak their own mother language as well as the national language properly. However, they also must be able to master foreign languages, for example, English. It is the most common speaking language in the world after Mandarin. There are quite a lot of Asian teens who are very good at speaking English. Children and teenagers can learn and understand English in many ways. English is the most favourite international conversational language among young people today. There are also those who dislike and even cannot speak English at all because they are reluctant or not interested in learning it. To improve English, they need to read a lot of either English articles or texts, watching English speaking movies, add new vocabularies and do more speaking practices. They can choose the best and more fun methods of learning. Why is mastering foreign languages, especially English important? Today the world began to become linked and more advanced. The current technology is enabling people from around the world to connect easily. Because of these advancements, people need to be the part of the global community. They need to understand the global language and master it.

The environment plays an important role in the development of a child’s language acquisition. Language and culture in the current era are indeed very thick and close to young people but speaking mother language and preserving traditions are the part of everyone’s responsibility. This is as important as enhancing foreign language skills, like English. Today young learners and adults are able to learn English by themselves. Various English learning websites and applications are giving them different experiences of practices, and of course they can be fun while studying. Having good English proficiency will give a lot of benefits. It will support one’s career in the future, too. Everyone’s consciousness is needed that both preserving mother language and improving foreign language skills are important. Young generation has a great role on this action. They can initiate the movements with their own creative ways. Traditional pop music industry as the example. It is hoped that more and more people will make the changes for the better. Finally, it will not be late for youngsters to take the first step to preserve mother language and to master foreign languages.(I)

The image was taken from https://acutrans.com/top-10-most-commonly-spoken-languages-in-the-world/ 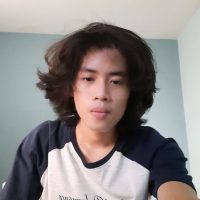 Hello. My name is Irfan Zaki Yulianto Wiguno. I am often called Zaki by my friends. I am a student of XI TKJ 1. My hobbies are playing games, automotive, and cycling.

My life motto is: “It is you who determine your own life, not others.”