Exactly a century ago the world was screwed by the Spanish flu. From big cities like Philadelphia and New York in America to some remote areas in Oceania couldn’t escape from the greatest terror of the 19th century. These flu patients would experience fever, chills, joint pain, headaches, and their skin turned blue. Generally, they died after two or three days with lungs filled by bloody fluid. Based on reports, people who were at their productive ages like 20-30 year of age had the greatest probability of suffering this flu than others did. This pandemic first broke out at the end of the First World War in 1918. However, the emergence of the disease was still underestimated because the world’s eyes were focused on the news of the war.

Although it was called Spanish flu, it did not originate from Spain. It was probably that Spain was the first country that made the report about the disease. Spain called it by the name of French Flu. The countries which involved in the war covered up the spread of the flu. This was done to raise the morale of the soldiers and to prevent panic residents. In addition, these countries also did not want their enemies to know that they were facing an outbreak. Spain was a neutral country, so they got nothing to lose if they declared an emergency situation.

The first report came from the United States on March 4, 1918, precisely in the army camp in Kansas. The United States, which had been involved in the war a year earlier, was preparing tens of thousands of troops to be sent to the western front in France. Although some soldiers showed flu symptoms, doctors thought it was just the common cold, so the US accidentally exported this deadly flu to Europe.

In early April 1918, French troops began showing symptoms of the sickness. Unhygienic battlefields and overcrowded camps made the disease circulation faster. The central bloc such as Germany also suffered a similar fate. Spanish flu that spread on the western front was hampering the Spring Offensive that launched by the German General, Erich Ludendorff. Both the allied and central bloc governments covered and denied the existence of the outbreak. One of them was the city government of Philadelphia in the United States.

When the victims of the Spanish flu continued to increase, the city governor reported that the epidemic began to subside instead of warning the public. He also insisted on holding the Liberty Loan parade and ignoring warnings from local doctors. As the result, three days later, the number of the flu victims exploded. The Hospital started to be crowded. Since the government sapped medical professionals for the war effort, there weren’t enough doctors and nurses. It was not only medical personnel who were troubled, but the funeral department was also confused looking for land as there were so many bodies needed to bury. Once the government realized this, they immediately made rules to prevent the outbreaks such as requiring people to wear masks and prohibiting everything that could trigger the spread. Anyone who violated, they would be subject to severe sanctions. But no matter how much effort was made by the government to tackle the spread of the plague, it was too late, more and more people were infected.

Indonesia was no better. The country was still a Dutch colony named the Dutch East Indies. The Governor of the Dutch East Indies, Johan Paul von Limburg Stirum, underestimated the pandemic and did not prohibit ships from abroad entering the archipelago. He instead blamed the abominable lifestyle of native people – even though at that time there were millions of Europeans and Americans who were suffering from the illness. His Herd Immunity policy ended in disaster because there were more than 4 million citizens of the Dutch East Indies killed by this deadly flu.

The government applied a lockdown policy when the number of victims touched 1.5 million. Over the past two years, the Spanish flu had infected half a billion lives and fifty million of them lost their lives. This outbreak also killed several famous figures such as Mark Sykes (known for the Sykes-Picot Agreement), Admiral Dot (Performer at P.T Barnum’s circus), and Frederick Trump (Donald Trump’s grandfather). But there were also who survived such as Walt Disney (founder of the Walt Disney Company), Mahatma Gandhi (Indian Independence movement figure), Woodrow Wilson (President of the United States at that time), and Wilhelm II (Emperor of Germany during the World War 1).

Currently, the world is experiencing a similar scenario, but people have learned from history so that the increase in sufferers can be minimized. For example, in Indonesia, since the outbreak of COVID-19 on March 2, 2020, the Governor of Jakarta declared the state of emergency and imposed the large-scale social restrictions or PSBB.

In Indonesia, according to google.com (June 14, 2020) 37,420 people have been exposed to COVID-19. Although the number of victims has not declined yet, nowadays the government has imposed a new normal and ended the large-scale social restrictions. The Spanish flu outbreak happened in the stages through 4 waves. If we look back at the plague 100 years ago, it is likely that there will be a second wave for COVID-19. But whatever happens, all we can do is to entrust everything to the government because we cannot predict when a virus will be benign or when it will be mutating to become deadly. (J) 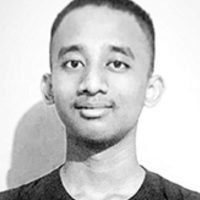 Hello. I am Jaisy Muhammad Fatih. I like writing and having discussion

My life motto is: “Dream it and then work for it until the destiny comes to me”.